As inspirational as she is filthy, Divine was and is, far more than a drag queen.

Dressing in drag has been a part of the arts for centuries, but it was Divine who brought it out of the underground and slapped society in the face with it.  There was absolutely no limit to what this eccentric Baltimore boy, turned Filthiest Woman Alive would do. She made an unmistakable mark on the culture of the times paving the way for free expression, as we know it today. 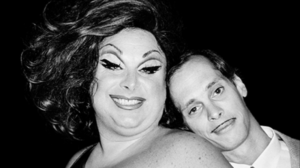 I was in my late teens when I started to truly grasp my love of camp and trash cinema. It was out of pure enjoyment to start, I had no clue what it could represent or the freedom of expression a project can maintain through this avenue of filmmaking. John Waters is one of my original idols, and his film Pink Flamingos was, for me as with many, where I first met Divine.

I Am Divine, the documentary feature film that was shown at this year’s Florida Film Festival, was exceptional. It was a well-paced, detailed and thematic look into the life and history of Divine, as a performer, and a personality. The interviews with the people who knew and loved him such as Mink Stole, Divine’s mother Francis, and John Waters painted an elaborate picture of the times. For 90 minutes, I lived during the time that one of my heroes was personally influencing society.

It was a beautiful, funny, well-deserved tribute to an amazing trailblazer in shock culture, that still influences originality and personal freedoms to this day. The old found footage and stylized editing fit her image perfectly. I Am Divine captured the essence of the artist and has made it possible for Divine to influence generations to come.